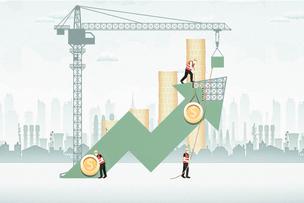 When it comes to housing in South Florida, homebuyers and renters aren’t the only ones grappling with sticker shock.

Developers often face construction costs that are 20% to 30% higher than a year ago – a trend that’s already stalled some projects at a time when local residents struggle to secure housing.

That means builders have to weigh whether to accept smaller profit margins, eschew some projects altogether or, in the case of affordable housing, seek more money from public funding sources to complete those jobs.

Ray Mazzie, managing director of Fort Lauderdale-based Southern Waters Capital, said he aims to build apartments or single-family home rentals for people who earn about $65,000 a year. But that’s become a formidable challenge in this region, given the high cost of construction and land.

“In South Florida, you need to be west of I-95 to get a site that doesn’t require structured parking,” Mazzie said, noting that he’s in Ocala, where land is cheaper and it’s easier to build less-costly garden-style units.

The tri-county region has become one of the most expensive U.S. metropolitan areas to live in due to the heated demand for housing and shortage of developable land. Much of that stems from the influx of out-of-state residents who flocked to the area in record numbers during the Covid-19 pandemic.

The rising cost of materials such as lumber, steel, fuel and iron, as well as tariffs, trade issues and surging labor costs have also driven up construction costs, resulting in higher rents for residential and commercial properties. And rising interest rates also are bringing down some sale prices, which impacts developers’ profit margins.

The spike in construction costs has led some developers to question the viability of taking on certain projects. For example, if construction estimates for condos come in too high, it may not make financial sense to build them, industry insiders say.

Developers and contractors must budget for construction cost increases and prepare for shortages in the supply chain. Items such as concrete, appliances, glass and steel are just some of the necessary staples that can delay the completion of the buildings.

“Construction costs have been as volatile as I’ve ever seen them in my 40 years in the market,” said Michael C. Taylor, CEO of Pompano Beach-based Current Builders. “From August of last year, we are seeing 20% to 25% increases. We don’t have any line items not increasing.”

Typically, Taylor tells developers his quotes are good for six months. But now he can only guarantee prices for 30 to 60 days, as delivery times on certain products have jumped from three months to nearly a year, he added.

“There’s some concern out there [that] we reached the peak and things need to normalize,” Long said. “They are trying to get deals done before the bubble bursts.”

Condos more of a challenge

Condo projects, in particular, are impacted by construction cost spikes because the prices of presold condominiums are locked in before construction begins and high-rises can take two to three years to build.

“Stay tuned because some of these projects may not get built because of the construction costs,” said Craig Studnicky, CEO of Miami-based brokerage ISG World. “Some might get postponed and some might fall by the wayside because of inflation, particularly the cost of labor in South Florida. No developer will build a building to lose money.”

Key International is working to complete the Boca Beach House condominium, but not looking to launch new condos amid the dramatic increase and uncertainty in construction costs, said Michael Vassilaros, chief investment officer of the Miami-based developer. In its apartment and hotel projects, construction cost overruns are covered by the revenue boost from rent and hotel bookings.

Delays due to supply chain shortages could cause an increase in the number of condo buyers who cancel contracts, especially if housing prices fall, said Jack McCabe, CEO of Deerfield Beach-based McCabe Research & Consulting. However, he doesn’t believe cancellations will be as plentiful as during the Great Recession.

Nelson Stabile, a principal of Miami-based developer Integra Investments, said rent increases for apartments and office in South Florida have mostly covered the higher cost of construction, but the biggest challenge is sourcing the materials on time.

Cost increases are an especially huge challenge for affordable housing projects because rents are capped based on tenants’ income, said Raul R. Rodriguez, CEO of Sweetwater-based CREI Holdings, which is building Li’l Abner Apartments II with affordable and workforce units for seniors in the city.

Between the rising cost of construction and his insurance rates doubling, costs rose to $32 million from $29 million, Rodriguez said. He went back to Miami-Dade County and, fortunately, secured an additional $2 million in funding, while the city and county agreed to waive a combined $3 million in impact fees, he added.

Construction costs for commercial projects are up 7% to 10% a year, so it’s less severe than for residential projects, said Michael C. Brown, executive VP of Florida for Sweden-based construction firm Skanska. Nevertheless, many of its health care and education clients are scaling down the size of projects – an eight-story hospital wing instead of 10 stories, for instance – to move forward.

In many cases, the rise in construction costs has created friction between developers and general contractors.

Contracts inked a few years ago couldn’t factor in dramatic building cost increases or supply chain delays, so the parties have to determine who pays for those additional costs, said Lisa Colon, a construction attorney with Saul Ewing Arnstein & Lehr in Fort Lauderdale.

“Owners are making concessions because of supply chain issues that they would not have made two years ago,” she said. “Profit margins are less, but you can push it down to the consumer. The consumer will continue to see an increase in rent.”

Many developers and contractors are now adding price escalation clauses that specify a larger commitment from developers to cover cost overruns, Colon said.

“It’s a false thought that contractors are making all this money as prices are going up. Nothing could be further from the truth,” she said. “Their profit margins are being squeezed even tighter.”

Construction contracts should also address delays and whether material shortages should result in financial compensation, because most contractors will insist on avoiding liability when material shortages are out of their control, said Jordan Nadel, a construction attorney at Miami-based Mark Migdal & Hayden.

“You are losing money every day you are on the site and not doing work,” he said.

Rishi Kapoor isn’t in the warehouse business. But his Coral Gables-based Location Ventures sought out warehouse space to house construction materials it needed for upcoming residential and mixed-use projects.

Materials for the developer’s Villa Valencia condominium in Coral Gables were stuck at the port for weeks or months. So he’s not taking any chances with his Urbin co-living and coworking projects in Coconut Grove and Miami Beach by stockpiling items such as flooring and millwork. In some cases, Kapoor’s also looked for less costly substitute building materials, without sacrificing quality.

“We need to make sure the buildings are built on a budget to hit an accessible price point,” he said.

Developers noted there’s a concrete shortage, so it should be ordered well in advance to ensure it can be delivered on time. (That’s if they can find concrete truck drivers.)

More developers are taking a hands-on approach to supply chain challenges. For example, Edgardo Defortuna, president and CEO of Miami-based Fortune International Group, flew to Milan with his wife to meet suppliers of kitchen and bathroom fixtures for his condos. Not only did the Defortunas focus on quality; they also wanted assurances the suppliers could deliver the goods on time and on budget.

“You don’t want to be ready to install kitchen fixtures and they are still in Italy,” Defortuna said.

Developers can defray some construction costs by partnering on projects with those who have owned land a long time, instead of buying land outright at today’s high prices, Defortuna said. At the Nexo short-term rental condo planned in North Miami Beach, Fortune is partnering with a longtime landowner through a joint venture.

Selling condos in stages, instead of all at once, can also help hedge against construction cost surges because you can price them more accurately based on the building costs, said Camilo Miguel Jr., CEO of Miami-based Mast Capital.

Construction lenders must also adjust for inflation. That often means adding an 8% to 10% cushion to the loan as a contingency for cost overruns, instead of the traditional 3% to 5%, said Peter Martz, senior VP of Meridian Capital in Boca Raton. In turn, the developer will need more equity or additional financing.

“A good amount of proposed deals have been sidelined because of the new [interest] rate environment, which means the subcontractors won’t have as many jobs moving forward,” he said. “So developers aren’t making the astronomical returns they were a few years ago.” 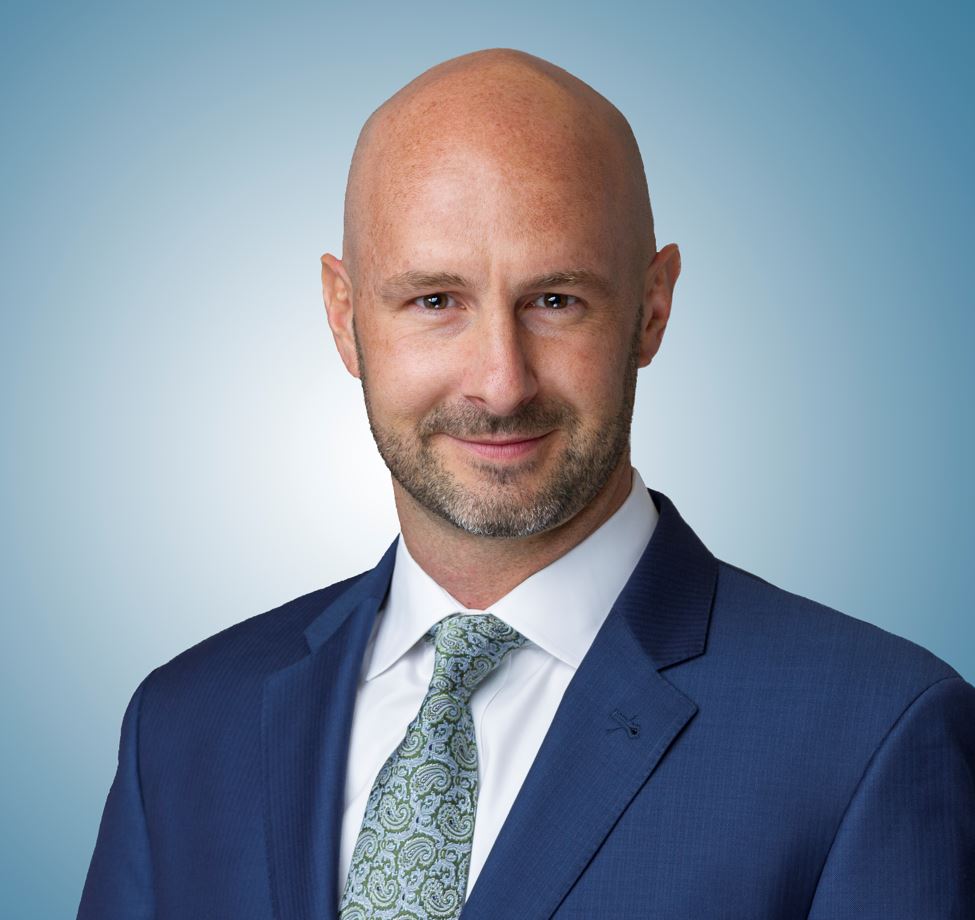