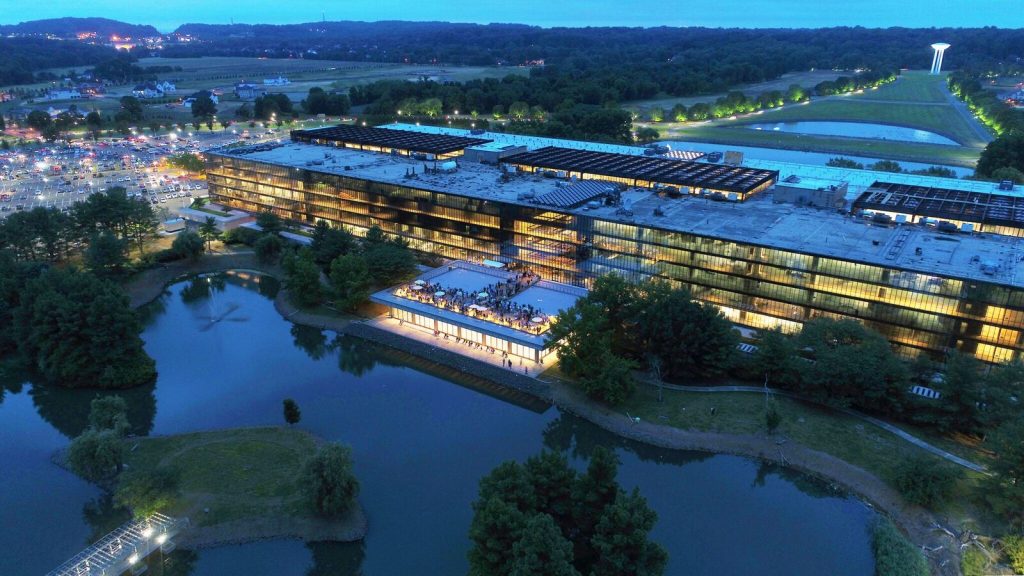 Meridian Capital Group Arranges $70 Million in Financing for the Repositioning of the Bell Works Office Campus in Holmdel, NJ

The three-year loan, provided by a balance sheet lender, features a prime-based floating rate and full-term interest-only payments. This transaction was negotiated by Meridian Managing Director, Shaya Ackerman and Vice President, Eli Serebrowski, who are both based in the company’s New York City headquarters.

Bell Works, formerly a research and development site for Bell Labs and Alcatel Lucent, has become one of the country’s most architecturally significant office buildings, having served as a site to some of the 20th century’s greatest technological advancements. The sponsor managed to preserve the existing architecture while retrofitting and modernizing the building to accommodate today’s technology tenants. Somerset Development’s redevelopment strategy marks a major milestone, as the property is fast-becoming a dynamic hub of activity, featuring dining, entertainment, health and wellness centers, along with renovated office space, educational facilities, a hotel, and a conference center. Additionally, Toll Brothers is in the process of developing a portion of the site as single-family homes and townhomes.

“Somerset plans to create a unique asset that will serve as a benchmark for developers around the country,” said Mr. Ackerman. “Many have found it impossible to find the best use for underutilized suburban office campuses, but Somerset recognized Bell Works’ full potential and designed a phenomenal improvement plan,” he added. “Meridian is proud to have structured a creative financing solution that will allow Somerset to achieve their goal and we are confident that Bell Works will completely transform the surrounding area and become a top-tier live-work-play hub for decades to come.”

“Our agreement with Meridian further affirms our vision for the transformation of this once-underutilized gem into a ‘metroburb’ – a metropolis in suburbia,” said Ralph Zucker, President of Somerset Development. “With approximately 75 percent of the building’s office space already under lease agreement, it’s clear that there is immense enthusiasm in the market for this type of reinvented suburban asset,” he added.