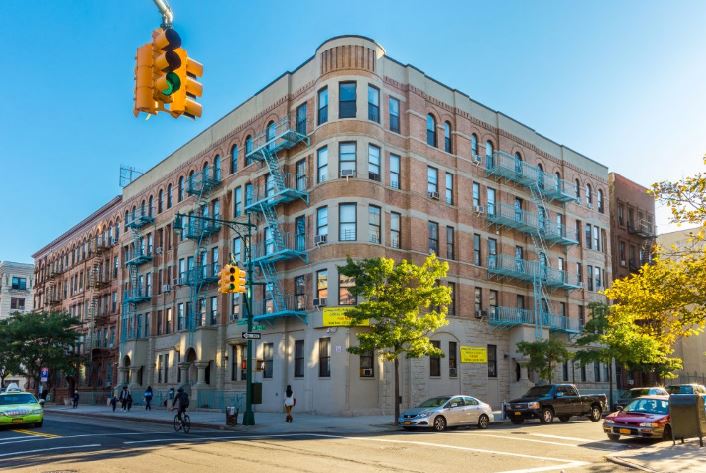 The five-year Freddie Mac Small Balance Loans, provided by Capital One Multifamily Finance, feature competitive fixed rates of 3.20% and two years of interest-only payments. These transactions were negotiated by Meridian Vice President, Baruch Pelcovitz, who is based in the company’s New York City headquarters.

The two portfolios, located in Harlem and Morningside Heights, total 15 multifamily properties, consisting of 161 units and three retail spaces. All of the properties are in close proximity to public transportation, including the A, C, B, D, 2 and 3 subway lines and are within walking distance of Columbia University, several parks and a variety of shops and restaurants.

“We are accustomed to working with the Meridian team to provide creative lending solutions for clients,” said Jeff Lee, Capital One Multifamily Finance Executive Vice President. “Since we became a Freddie Mac Small Balance Lender in late 2015, our SBL program has been very successful and crucial in offering a wider product set to the market.”

“Despite the challenges created by interest rate volatility, Meridian was able to negotiate a five-year term with two years of interest-only payments,” explained Mr. Pelcovitz. “Both portfolios were regulated by city agencies, which added unique complexities in placing the loan with the appropriate lender. Meridian has a long-standing relationship with Capital One Multifamily Finance and negotiated favorable terms based on our strong history with the lender, the quality of the assets and experience of the sponsorship,” he said. “ABJ Properties acted at an opportune time to monetize their portfolio in order to continue their growth and further leverage their outstanding reputation,” he added. “It was a pleasure to assist in facilitating this financing and we look forward to working with ABJ Properties in the future.”

Capital One Financial Corporation (www.capitalone.com) is a financial holding company whose subsidiaries, which include Capital One, N.A., and Capital One Bank (USA), N.A., had $236.8 billion in deposits and $357.0 billion in total assets as of December 31, 2016. Headquartered in McLean, Virginia, Capital One offers a broad spectrum of financial products and services to consumers, small businesses and commercial clients through a variety of channels. Capital One, N.A. has branches located primarily in New York, Louisiana, Texas, Maryland, Virginia, New Jersey and the District of Columbia. A Fortune 500 company, Capital One trades on the New York Stock Exchange under the symbol “COF” and is included in the S&P 100 index.