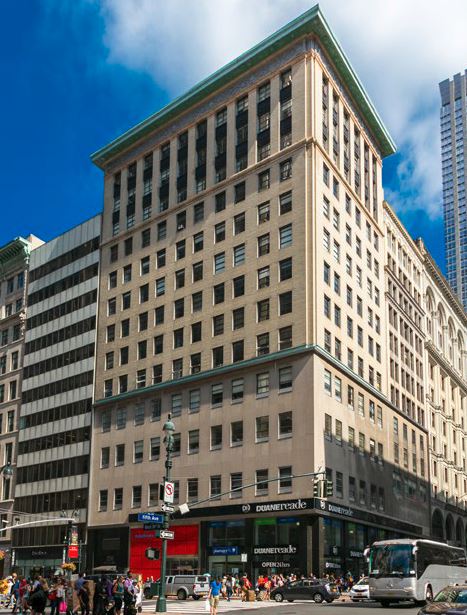 Meridian Capital Group, America’s most active deal maker, arranged $150 million in financing for the refinance of a retail and office property located in Midtown West, on behalf of BLDG Management and Crown Acquisitions.

The 10-year CMBS loan, provided by Wells Fargo and Goldman Sachs, features a fixed rate of 4.31% and full-term interest-only payments. This transaction was negotiated by Meridian Managing Director, Carol Shelby, who is based in the company’s New York City headquarters.

Built in 1906, One West 34th Street is a 12-story, 212,000 square foot pre-war property that features 88 office spaces and three retail spaces and is located in one of Manhattan’s premier office markets. Notable tenants include Duane Reade and Bank of America. The retail corridor along 34th Street between Fifth and Sixth Avenues has some of the heaviest pedestrian traffic in New York City and with more than 250 total feet of street frontage, this property offers unparalleled exposure. One West 34th Street is within walking distance from the 1, 2, 3 subway lines and the Long Island Railroad at Pennsylvania Station, as well as the N, Q, R, W, B, D, F, M subway lines at the Herald Square station.

“The existing loan was entering its amortization period and given the property’s prime location and strong 96% occupancy, Meridian was able to negotiate a new 10-year interest-only loan,” said Mrs. Shelby.